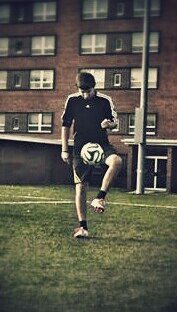 So here we go again, try number two at a blog post and this time I’ll be letting you guys get to know me a little better. While many of you know Brently and who she is, you may not know all that much about me. And just as she said when we started this project, we want to be transparent with all of you. I want you to know that I am not perfect and that I make mistakes just like everyone. I’m a follower of Christ, a husband, a father, and a student, and I have not mastered any of those roles.

We will start our little journey from the very beginning. I was born in Saint Louis, Missouri to a single mom who was in high school. My parents were never married but both loved me greatly. I spent the first few years living with my mom in my grandparents house, and it was sort of like having three parents. As I got older my mom started to move a lot, trying to get out of her parents house. Something you should know upfront is that I have moved too many times to count and I don’t have a strong attachment to a childhood home. 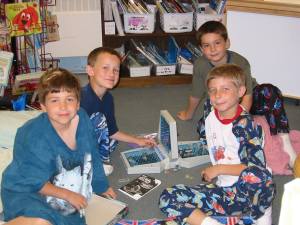 When I was five, my dad got married to my stepmom. At this point in my life I was used to getting all of my dad’s attention — we would always go do fun stuff just me and him on the weekends that I was at his house. We would go fishing or to the arch or one of my best memories with my dad is when we took a trip to Chicago and went to a bunch of museums. Now I had to share my dad with someone else, and that took some getting used to. At this time I also started playing soccer, which turned out to be one of the biggest parts of my life as I got older. More on that later.

As I got older and continued through school, I continued traveling back and forth between my mom’s and dad’s house every other weekend and on Wednesday nights. It was hard though at times because my dad didn’t live in the same town that my mom did so getting to school on Thursday morning was always a struggle. And the worst part of living in two different houses was clothes. It is not something that most people think about but trying to keep clothes at two different houses is a little hard.

This time we will jump a little further. Part of my Wednesday nights with my dad was going to something called AWANAS, a weekly church thing kids attend to learn Bible verses and play games and things like that. This is important because this is where I came to know God as my Lord and Savior. I can’t tell you the exact day but it was in the sort of sermon time of AWANAS and I just knew that I needed something in life to help me with living in two different families. Something that was constant and unchanging. Someone that would love me no matter what I did.

A few years after this I would start middle school. Anyone who has been through middle schools knows this is a good test of your faith. At this point my mom had married a man who I initially found really cool, but would later find out otherwise. I had moved to a new school district, where I went from classes of  20-25 kids to roughly 15 kids in each room. At this time, my dad and stepmom also had a baby. All of these things effected me in different ways and I could write a whole post just about some of these events.  But through it all, I still had God…and soccer.